27 January 1919: Dr. Ambedkar submitted a memorandum and gave evidence before the Southborough Commission. The memorandum was attached as a supplementary in the commissions report.

In the examination of Dr. Ambedkar‘s views the commission found that he had unmistakenly presented the division of Hindu society into touchables and untouchables. If a particular community had a majority of votes in a constituency, there was no need for that community to have separate communal representation. If the untouchables had a majority of votes in a particular constituency, he would not ask for communal representation. It was because they were in a minority and would always remain so on a uniform franchise that he asked for separate representation. He was opposed to any system under which the representatives of the depressed classes were drawn from other classes. His justification for asking for a low qualification for franchise was that as a result of being untouchable, the untouchables had no property; they could not trade because they could not find customers. He remembered a case in which a Mahar caste woman was taken to the police court for selling watermelons. In the mills in the Bombay Presidency the untouchables were not yet allowed to work in the weaving department: in one case an untouchable did work in the weaving department of a mill saying that he was a Mohammedan, and when found out, he was severely beaten. The definition of an “untouchable” as a person, who would cause pollution by his touch, was a satisfactory one for electoral purposes. It was not the case that some castes were considered to be untouchable in some districts and touchable in others.

In the whole Bombay Presidency there was one B.A. and 6 or 7 matriculates among the depressed classes. The proportion of those who were literate in English was very small, but not much smaller than in the case of the backward classes. The depressed classes especially the Mahars and the Chamars, were fit to exercise the vote. He would also give them the votes by way of education. He could find at least 25 or more men amongst them who had passed the 6th or the 7th Standards of a High School, and, although the number was not large, the 9 seats which he suggested for the depressed classes could be filled from amongst them. Such a candidate in practical matters would be as good as a graduate although the latter might be able to express himself better.

In order to obtain the required number of seats for the depressed classes he would reduce the number of seats suggested by Government for the Mohammedans, from 38 to 10. This reduction was justifiable, as on the population basis the Mohammedans were only entitled to 20 per cent of the seats. He did not consider the Congress League Pact as binding on all.

In the evidence he piointed out that Untouchables were persons to whom certain rights of citizenship had been denied. For instance, it was the right of every citizen to walk down the street, and if a man were prevented from doing so, even temporarily, it was an infringement of his right. Whether a man was prevented from exercising his rights by law or social custom, made very little difference to him. Government had recognised custom and persons belonging to the untouchable classes were not employed in Government service.

His view was that British rule in India was meant to provide equal opportunities for all, and that in transferring a large share of the power to popular assemblies, arrangements should be made whereby the hardships and disabilities entailed by the social system should not be reproduced and perpetuated in political institutions. As regards the exact position at present, he admitted that, for instance, at the Parel school which was meant for the depressed classes, there were many higher-caste pupils, who came there because it was a good school. Similarly as a professor he, being a member of a depressed class, had pupils of all classes and found no difficulty in dealing with his higher caste pupils. If the untouchable classes were recognized by Government by the grant of seats, their status would be raised and their powers would be stimulated. He was not very particular about the number of their seats; all he wanted was something adequate. 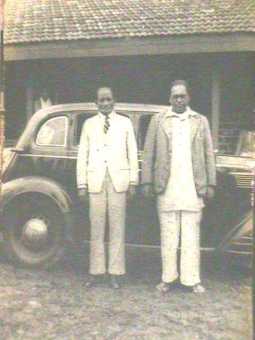 British parliament had first passed the Government of India Act, 1919 on the recommendation of Southborough Commission to which Dr. Ambedkar submitted the memorandum (glimpses above) and raised the issue of right to vote and adequate representation. After this the British Government constituted “Simon Commission” in the year 1928 and send to India to review the provisions. Simon Commission promised to consider the demands of the rights of this class sympathetically. M K Gandhi immediately sensed that untouchables shall have their share in independent India, which can destabilise the supremacy of Arya Brahmins. Gandhi and his congress immediately gave a call of “Simon go Back” and Lathi Charge was carried out under the leadership of Lala Lajpat Rai.

27 January 1967: With the facilitation of Nanak Chand Rattu (Personal Secretary of Dr. Ambedkar) Savita Ambedkar (wife of Dr. Ambedkar) got the help from then Home Minister Shri Y B Chavan, Lt Governor and Deputy Commissioner and then she was permitted to enter the Bunglow at 26 Alipore Road, New Delhi (currently Parinirvan Bhoomi) – the residence of Dr. Ambedkar[1].

After the death of Dr. Ambedkar on the intervening night of 5th and 6th December 1956, Savita Ambedkar had stayed in the Bunglow at 26 Alipore road where her husband (Dr. Ambedkar) breathed the last till 1967. One Madan Lal Jain had purchased the bunglow in 1966 and allowed her to stay in the rooms already in her possession. Madan Lal quietly moved an application in the court to evict her. And on 20 January 1967 when she went to Alwar district, Madan Lal Jain and his son-in-law entered the premises with three bailiffs and 20 muslce men and forcilbly opened the rooms and a big store room taking bunch of keys from Mohan Singh, her servant, who was listening, at ease, the radio programme.

On 27 January 1967 with the facilitation of Nanak Chand Rattu she got the help from Home Minister Shri Y B Chavan, Lt Governor and Deputy Commissioner. Consequently she was permitted to enter the premises and have access to rooms in her possession. The worst was that Madan Lal Jain and his the men had removed countless precious documents and important parpers, nicely kept in several racks of the big store room and recklessly dumped in an open yard opposite the shed in a shameful manner, not realizing the importance of these. In addition the store room had contained manuscripts of Dr. Ambedkar’s  several wirtings which at that time were unpublished. But many of them were destroyed and reduced to waste paper due to the reckless handling and rain the same night.

Subsequently the papers were taken into the custody by the custodian of the High Court of Delhi. Then these were transferred to the Administrative General of the Government of Maharashtra. Later Shri J B Bansod, an Advocate from Nagpur, filed a suit against the Government in the High Court at Nagpur making a simple request seeking permission from court to allow him to publish the unpublished writings of Dr. Ambedkar or to direct the Government to publish the same. Government then formed a committee called as Dr. Babasaheb Ambedkar Source Material Publication Committee and appointed Vasant Moon as the Officer on Special Duty. The work of Dr. Ambedkar then got publilshed due to the unrelenting hard work of Vasant Moon. But alas! much of the work cannot see the light of the day as it was lost between 20 and 27 January 1967.

27 January 2000: The then President of India K R Narayanan praised the Constitution of India.

In an address in the central hall of the parliament to mark the golden jubilee of the Indian republic and the constitution, asked whether “it is the constitution that has failed us or we who have failed the constitution”. The president was responsing criciallty to the appointment of a commission “to comprehensively review the Constitution of India in the light of the experience of the past 50 years and to make suitable recommendations.” Unlike the presidential speech at the opening of parliament, President Narayanan’s golden jubilee address as not written for him by the government of the day. It represented an autonomous presidential perspecgive. Widely reported and much discussed in print and the electronic media, the speech deepened and accelerated a national debate on the constitution that the NDA government’s action had provoked.  In his address, The President praised the work of Dr. B. R. Ambedkar on the Indian constitution and cautioned against attempts to change its basic structure, concurring with Dr. Ambedkar’s preference for accountability and responsibility over the stability of the government[2].

The context of the above incident is that the then NDA government under Atal Bihari Vajapyee considering to appoint a commission to review the Consitution of India.

[2] Full text of the President’s golden jubilee speech is given in Seminar, magazine issue 487, March 2000, pg 88-90. Accounts of debate surrounding the speech are given, inter alia, in Asian Age, newspaper, 28 January 2000.