Watch movies on Dr. B. R. Ambedkar in Hindi, English and Tamil from here.


Watch movie on Dr. B. R. Ambedkar in Hindi, English and Tamil from here.

This movie is a biography of Ramabai Bhimrao Ambedkar also known as Ramabai wife of Dr. Babasaheb. Ramabai lost her parents at a very young age and brought up her two young brothers all alone. She was brought to Mumbai by her uncles and married off to Bhimrao Ambedkar at the young age. Ramabai’s father-in-law and brother-in-law passed away soon after her marriage. Around the same time, Bhimrao left for London after getting a scholarship for higher studies, leaving the responsibility of running the household on Rambai. Despite all the hardships, Rambai kept her husband motivated and also sent him pocket money regularly. Losing her infant children one by one did not stop Ramabai from standing like a rock behind her husband’s mission of uplifting the underprivileged classes of the country.

“There is a no nation of Indians in the real sense of the world; it is yet to be created. How can people divided into thousands of castes be a nation?” — Dr B R Ambedkar 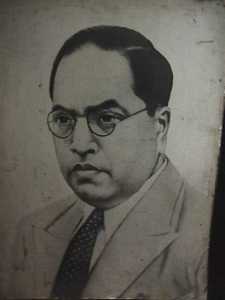 Watch movie in Hindi and English from here.

An Untold History, A Battle of Self-Respect, Dignity and Co-Existence. A Saga of a Subjugated Society which tells a true story of Bravery & Fortitude & how 28000 soldiers were killed by 500.