What Is “Dalit” And “Dalitism?”

We have received many letters asking us the meaning of the word Dalit. The same question is also being put to us at meetings. What gives us great pleasure and pride is this word has become popular all over India and abroad in such a short time giving expression to the anger of the Untouchables. And gathering so much of charisma. 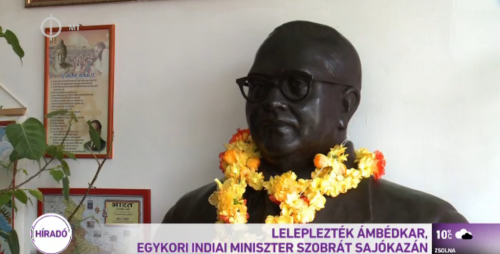 We are also happy to note that not only the militant Dalits but even some Hindu press have stopped using the hated word, Harijan, a Gandhian humbug, and switched on to Dalit. This awareness of their identity is itself a big step forward in the Dalit liberation struggle. The word Dalit symbolises the mood of this explosive commodity and connotes and denotes their protest. Hence the switch- over to this new word is itself a great improvement indicating a big leap in the search for their roots. Only three years back people barring those in the Hindi belt did not even know this word. It was not in their vocabulary. But as soon as they came to know this word and discovered its intrinsic value, its magic, its melody, they readily adopted it. Literally embraced it. “National” newspapers like the Times of India are using this word even in headlines. Even the Malayala Manorama, the largest circulated language daily of Kerala, has started using this word heeding our appeal. We call upon all our Dalit and other persecuted minority comrades to use only this word and persuade others to popularise it. If the English and language dailies start using the word, Dalit, in headlines it will soon catch up. Therefore, Dalits and their co-sufferers must go to newspaper offices and meet journalists and prevail upon them to use Dalit instead of Harijan or SC/STs. We will suggest the Oxford, Webster, Cambridge and other dictionaries to include it.

Now its meaning: The root word of this word Dalit is Dal. The adjective of dal is Dalit. We find this word dal on page 471 of the prestigious Oxford Sanskrit English Dictionary, new edition, 1964, edited by the world – famous Sanskrit scholar, Sir Monier Williams.

“Dalit” is found in many Indian languages and even a Dravidian language. The meaning given to `Dalit’ in the dictionary is: burst, split, scattered, dispersed, broken, torn as under, destroyed, crushed. All these English words sum up the exact position of the Indian Untouchables and also tribes. We are crushed and cramped and made mincemeat by the Hindu religion. That is why we are Dalits. Be proud to be a Dalit, the original inhabitants of this ancient land. Let us walk with our head high. Let us be proud of our Dalit culture. Black is beautiful.

The famous word, `Daridra’,which is popular in many Indian languages, is derived from `Dalit’.

Since `Dalit’ sums up our mood, we call lupon all SC/ST government employees, public sector SC/ST unions to change their names into Dalit Employees Association. The first to popularise this word were our militant Dalit Panthers of Bombay. Their manifesto has defined this word. Though this word has now come to mean Untouchables, the Panthers have included Tribes, Muslims, Women and all those persecuted minorities.

Along with ` Dalit `, another word is also getting popular: Dalitism which is both the ideology and nationalism of India’s persecuted,suppressed masses. It is rooted in Ambedkarism. Dalitism or Dalit philosphy is developed to pave the way for a liberal tradition against casteism and untouchability. The new revolutionary philosophy of Dalitism also stipulates that Dalits alone can liberate Dalits from the Ruling Class. Even in such a short time Dalitism has attracted millions. It is the living spiritual principle of India’s Untouchables. The object of Dalitism is to attract the youth all over India and make them understand the culture and history of India’s submerged masses. The ruling class historians and writers have given little or no attention to the history of our life and culture. Historical evidences are either destroyed or simply neglected for lack of interest. Dalits were simply marked under slavery and serfdom in India. The only meritorious scheme now only the anvil is the all- round flowering of Ambedkarism. Truth cannot be suppressed for long. The human mind is the most potent instrument in history. Words are more powerful than weapons. Dalit thinkers and writers take stock of all this time-bombs to bombard the citadel of the Ruling Class that mismanaged the Indian history and culture founded by us.

Tradition is not the prerogative of a particular caste/class. The tradition the Ruling Class claims for itself is of a recent origin compared to the Dalits. It is this tradition that makes up its power- structure, politics, economics, religion, education, art and culture. The tradition that vouch-safe for the culture and history of Dalits originated with the beginning of life in India. From this strong whirlwind developed the Dalit life, history and culture that got down to 1980s with an uninterrupted impact upon evolution. That is its novelty. It is the strongest living spiritual force in the entire life-history of man and universe. What happened to this truth? Dalit writers should ponder over the subject. The Indus Valley Civilization was the finest specimen of the ancient Dalit wisdom. Dr. Ambedkar gave its modern version, democratic spirit and a scientific culture. With their new awakening, the Dalits are marching forward fully aware of this line and demarcation. It is an indisputable fact that India lives in two worlds, has two cultures – Dalits and that of the Aryan oppressors. The national will of the Dalits,reawakenedd with the spirit of Ambedkarism, is really soul-searching. Now, on one has got the courage to dislodge the truth and validity of Dalit life. The Dalit culture was drawn from the myriad forces of history but got side-tracked and dissipated over a wide spectrum of life and activity under the aegis of Hinduism, Islam and Christianity.

Religion has got the better of life in India. All religions flourish under the name of tradition, idealism and the enthusiam of the Ruling Class. But the human in Dalit life and activity lost all the meaning. Caste and untouchability became the ruling norm of India’s traditional society. Modernism and Marxism is only a mask. Only the dalit intellectual can give vent to the crusading spirit of Dalit national identity and culture. The word, Dalit, is the other extreme of the word Brahmin. So, the task before all Dalit writers is a challenging one. With all the oppressive machinery at their command, the Ruling Class is making inroads into Dalit unity, culture, struggle and progress. This assault will take a vigorous trun shortly. We must hit back. It is against this cataclysm of Indian life that Dalits should revolt. Dalitism is the only alternative to national degeneration. Even Marxism has missed the bus in India. Any one who wants regeneration and rebirth of Idna, he must seek the spirit of life and culture of Dalits. Dalits alone can lead the Indian Revolution. Truth can come out only from the innermost depths of their mind, whereas sycophancy rules the Ruling Class. India has ceased to be a nation because of this.

Hinduism has become the repository of another cult called anti-Dalit. The Ruling Class is up against the reservations. If possible it will destroy Dalitism, root and branch. Dalits should make all-round effort to ward off this machinations of the Ruling Class. It failed in its political as well as religious maturity. The Dalits are the worst victims of this tragedy. They were dethroned and lobbed to the lowest depths of life. Dalitism is, therefore, a revolutionary philosphy and a guide to action. The Brahmin cult should be destroyed and buried 100 fathoms deep. Reason will not dawn on the Ruling Class with its present bigoted spirit. Anti-Dalitism has become a way of life with the oppressor. Therefore, the Dalits should meet this challenge. They must revolt. They must explode. Now is the time. The dawn of 21st centure is the triumph of Ambedkarism. With the close of the 20th century Gandhism will end and Ambedkar Era will begin.

Dalits have suffered a lot in India, their forefathers were exploited and destroyed. Their growth wasw stunted. Dalitism is the answer for all this. It will not only save the Dalits but India as well. Possibly, it may avert a Third World War. India can attain its real self and liberation only with Dalitism.

*Article written by the Dalit Voice editor, V.T.Rajshekar. Formerly (before 1981) he worked with Indian Express for more than 20 years in Bangalore.

*On 1st July, 1981Dalit Voice published as a private circulation bulletin. It officially registered with government of India and released as newspaper from 15th Oct.1981.

One response to “What Is “Dalit” And “Dalitism?””