How BJP is trying to fool Dalits over buying Dr. Ambedkar’s house in London

What proud moment? BJP is making fool out of Dalits, first they spent money that was allocated for the Dalits’ welfare on buying this house and now getting sympathy of Dalits. Vote bank politics. In Mumbai, BJP demolished Siddharth Vihar, where Dalit Panthers was formed and for many Dalits a place to discuss politics and grow, important place in Dalit history. Next, belongings of Dr. Ambedkar are in shameful condition in Nagpur, why government is not taking care of that? The condition of Dalits at the birth place of Dr. Ambedkar is really bad and Dalits are living in poverty. Just to be in limelight and gain some points all this showbazzi is done by BJP in London, don’t be fooled by such showbazzi. 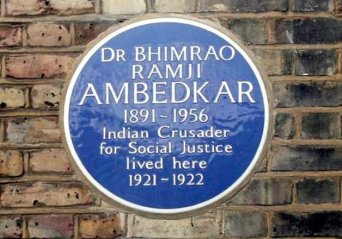 I also want that if Gandhi or anyone else’s statue can be installed then Dr. Ambedkar’s should also be as he is much more deserving than Gandhi or anyone else. I fully understand that such memorials do lift the spirit of Dalits. My point is BJP is fooling Dalits and they have used money from Dalits’ welfare that was already allocated to Dalits so they don’t deserve any credit for buying home, it was already money that was supposed to be spent on Dalits.

Who else is responsible for demolishing Siddharth Vihar, for not maintaining Dr. Ambedkar memorial at Nagpur, for allocating 50% less money in national budget for Dalits’ development, for not implementing government schemes, reservation properly, for the poor condition of Dalits? Definitely not Dalits. It is responsibility of government to do justice with everyone, that’s what democracy is about. I can agree that we need to educate our community but it need to be kept in mind that resources are controlled by Brahmin-Bania ruling government. Moreover, it isn’t about blaming government, it is about whose responsibility it was to keep people in light and not to misguide. Don’t be fooled by such vote bank politics by BJP.

4 responses to “How BJP is trying to fool Dalits over buying Dr. Ambedkar’s house in London”

Leave a Reply to Vishwas B Shende Cancel reply