Few days back, I watched the episode “Untouchability – Dignity For All” on the Satyamev Jayate show on 8th July, 2012. Many people rated it as a ‘great’ show but I don’t accept it as a ‘great’ show. It was just another show made with the intention of earning profits and TRP. There was nothing on the show which common public didn’t know apart from the clippings from Stalin K’s documentary – India Untouched. (And if you are a bit conscious on human rights, you would have already seen that documentary!) We all know Dalit students face discrimination; Dalit couples are killed because of inter-caste marriages, who doesn’t know that caste remarks are not uncommon in India? (Read “I have a Dream” for more detail, describing where Dalits face discrimination and what a Dalit dreams about.)

The episode started with the heart touching story of Dr. Kaushal Panwar, professor at Delhi University. She spoke about her upbringing and the caste discrimination she faced during her childhood and during her student life. Her life story is no different from that of most of the Dalits in India. Discrimination that Dr. Kaushal faced at JNU is of no surprise because even today Dalit students are murdered in professional colleges due to caste discrimination.

Next on the show comes Stalin K– he was the only man, apart from Bezwada Wilson, who impressed me on the show. Stalin K is the director of the documentary named “India Untouched” created in 2007 and he also runs an organisation named Video Volunteers. He has done a remarkable job, has travelled more than 25,000 km in India covering caste discrimination. The show took the readymade clippings from his documentary and presented it! I don’t think Aamir Khan and his team would have put any effort in producing this episode as everything was readymade and conveniently available. At one point Stalin K rightly pointed out – if you don’t know your caste you must be from upper caste because society don’t leave a single chance to remind you that you are from lower caste. 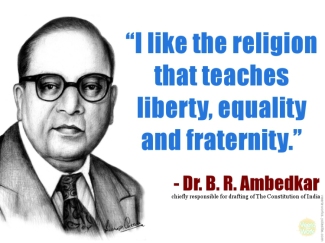