You can listen the speech (in Punjabi) from here..

Ranvir Sena (militant hindu organisation) killed 10 Dalits in Haibaspur on the 23 March 1997. They wrote the name of the organisation in blood on the village well before they left. Most of the people Ranvir Sena killed that night belonged to families allegedly supporting Party Unity, a communist group. 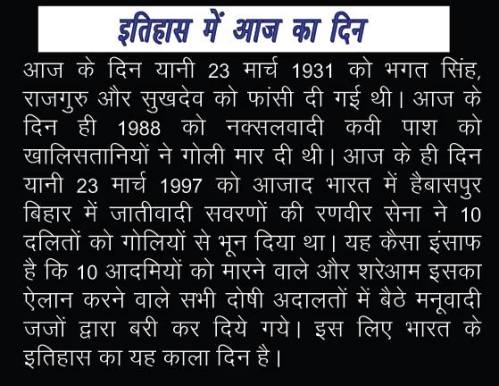