If you want to destroy a society, destroy its history and the society will get destroyed automatically – Dr. Ambedkar.

On 26th July, a statue of Behan Mayawati was broken in Lucknow; a day later, three statues of Dr. Babasaheb Ambedkar were broken in Azamgarh and on 30th July, another statue of Dr. Ambedkar was vandalised in Lucknow, Uttar Pradesh. All this is not new and has been happening to Dalit leaders’ statues, Dalit idols or icons, Dalit places and Dalit history since ages. Numerous Dalit saints/gurus were killed – such as Sant Chakardhar, Sant Namdev, Sant Tukaram, Guru Ravidas, Sant Chokhamela; people even tried to kill Mahatma Jyotiba Phule & Shahuji Maharaj. Dalit history has been maligned and distorted since ages. Historians are supposed to be free from fear, to be sincere, open minded, open hearted truth seekers & also courageous enough to show the truth at any cost. But it is the misfortune of Dalits of India that historians have shown a distorted picture & never showed truth to the people. Being Dalit, we have been taught to hate ourselves, we have been taught that Dalits’ don’t have any history; we have been taught Dalits can’t do any good. Who taught you all this? Upper caste people did.

Dr. Ambedkar’s followers were putting up statues of him in slums and villages even when he was alive but the first official statue of Dr. Ambedkar was set up in 1962, in Mumbai (Bombay) at the Institute of Science crossing. And then came the moment when Dalits started asserting and in 1966, Dr. Radhakrishnan (President of India) inaugurated Dr. Ambedkar’s statue in the Parliament building complex (New Delhi). In Uttar Pradesh, one research study shows that the very first Dr. Ambedkar statue was installed with the contribution of Dalits in around 1966 on the outskirts of Allahabad, and Dalits of Kanpur didn’t take much time to install another statue on the same lines. We must not forget that many installations of Dr. Ambedkar’s statues were opposed by upper caste people with stone pelting or boycotts but Dalits showed courage and didn’t move back. Dalits knew that statues of Dalit idols will stand as a major feature in the Dalit-Bahujan movement. And in all those statues Dr. Ambedkar will stand aloft. How can we forget the struggle and sacrifice of our forefathers? 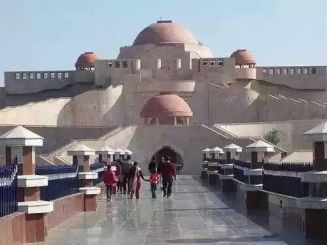 Statues of Dalit icons are built by Dalit people with their own money and contributions, not with the money from the state as Gandhi-Nehru statues are being made in India. So, why are Dalit icons’ statues being broken and damaged? Statues represent a crucial point in the aspirations of Dalits towards democracy, aspirations of Dalits towards equality and justice. Dalits gather around these statues, get organised, organising functions and all these gatherings give them strength to believe in themselves and get inspired by other fellow Dalits. All these attempts to demolish Dalit icons’ statues is an attempt to demoralise Dalits, deprive Dalits of their rich history and rob them of what Dalits have been able to gather after years of struggle.

END_OF_DOCUMENT_TOKEN_TO_BE_REPLACED

What can a ‘sincere’ upper caste person do?

It’s just like when you’ve got some coffee that’s too black, which means it’s too strong. What do you do? You integrate it with cream, you make it weak. But if you pour too much cream in it, you won’t even know you ever had coffee. It used to be hot, it becomes cool. It used to be strong, it becomes weak. It used to wake you up, now it puts you to sleep. –Malcolm X.

After I wrote the last article on Untouchability & Satyamev Jayate, I got an email asking me –so do I think no upper caste person does any good for Dalits? It is a perfect time for this question. I had wanted to write on the same topic for some time now as there was a discussion going on in a forum on almost the same topic – do organisations owned/run by upper caste people really do any work for Dalits?

Many so called ‘progressive upper caste people’ are just like foxes, they keep hiding their true nature and they misguide till the time comes to put their jaws on the misguided. Such people are more dangerous than the people who snarl openly against Dalits. I have never seen a ‘sincere’ upper caste person helping Dalits without any real motive.