This article was first posted at Round Table India and is written by Bala J.

We may say that great minds think alike when two scholars who lived in two different times and places reach a similar conclusion on the same problem. The traditionally educated nineteenth century Tamil scholar, Pandit Iyothee Thass as well as the twentieth century western educated intellectual from Maharashtra, Babasaheb Ambedkar, embraced Buddhism to show that it was the only way to annihilate the caste system. Both of them identified that the caste system had originated with the fall of Buddhism; therefore, believed the revival of Buddhism could perhaps liberate the people from the evil system of caste.

Pandit Iyothee Thass (1845-1914)* was born in a Dalit family in Royapettah in Chennai. He was a Siddha practitioner and a well-versed Tamil scholar having scholarly expertise in the traditional knowledge on astrology and palm-leaf manuscript reading. In 1870, Iyothee Thass founded Adhvaidhananda Sabha (considered to be the first institution-building activity in his life), in Uthagamandalam, where he was brought up. In 1891, he established an organization called the Dravida Mahajana Sabha, and on 1st December 1891, he organised the First Conference on behalf of the Sabha at Ooty in Nilgiris district. In that conference, ten resolutions were passed including the one on enacting a criminal law to punish those who humiliated untouchables by calling them Pariahs, creating separate schools and providing scholarships for matriculation education for untouchable children; providing employment for educated untouchables, and representation for untouchables in District Boards and Municipal Boards (Tamilan, 14 October 1908).

The resolutions were sent to the Indian National Congress and the Mohammedans’ Association on 21st December 1891. In 1896, Reverend John Ratnam and Iyothee Thass jointly started a journal called Dravida Pandian. Another interesting piece of information is that, in 1882, Reverend John Ratnam and Iyothee Thass established a movement under the name of Dravida Kazhagam, (G. Aloysius, Nationalism without a Nation in India, Oxford, 2000); but this fact has been concealed so that no one now remembers Iyothee Thass as the pioneer of the Dravidian movement or anti-Brahmin movement. 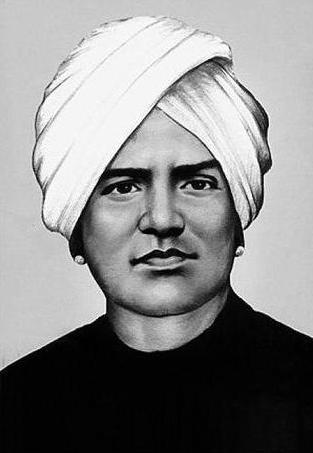 Pandit Iyothee Thass exhorted Dalits to embrace Buddhism for annihilating the system of caste. With this objective he constructed an alternative history with the help of Tamil literature and folk traditions of Tamil. He demonstrated that the untouchables were the native Buddhists and untouchability was imposed upon them because they opposed the orthodox practices exemplified by the Hindu Brahmins. He asserted that Buddhism was the first anti-Brahmin movement in Indian history. So he called on the Dalits to return to their original religion, Buddhism.