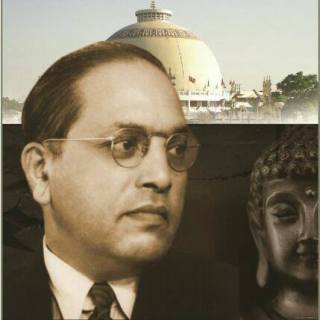 Dr. Ambedkar was was to have received the degree at the hands of General Eisenhower, who was then President of the University. But due to cabinet responsibilities and later electioneering the General would not make the trip.

Check out – LL.D. Degree Certificate of Dr. B. R. Ambedkar from Columbia University

Earlier on night of 31 May, Dr. Ambedkar was felicitated at a dinner party at the Cricket Club of India, Bombay (presently Mumbai), by Dr. V.S. Patankar, Principal and K.V. Chitre, Registrar of the Siddharth College. Dr. Ambedkar left Bombay for New York by a T.W.A. flight on 1 June. A large gathering of his followers and admirers gave him a send-off at the Santa Cruz airport. On 5 June, the convocation was held. Columbia University conferred on six persons the honorary degree of Doctor of Laws. While awarding him an honorary degree of Doctor of Laws, at its 198th commencement exercises. The University hailed Dr. Ambedkar “as a framer of the constitution, member of the cabinet and of the council of states, one of India’s leading citizens, a great social reformer and a valiant upholder of human rights”. He received the degree before a large crowd assembled to watch 6,848 graduates of Columbia’s 17 schools and colleges receiving their degrees.