Most of us know Dr. B R Ambedkar’s ideological fights with Gandhi. Not many, however, would know the kind of issues Dr. Ambedkar had with Pt. Jawaharlal Nehru, India’s first Prime Minister.

The so called modernist Pt. Nehru had turned so conservative after India’s freedom – or he was a conservative throughout his life that Dr. Ambedkar could no more remain his co-traveler and had to resign from his Cabinet on September 27, 1951. Reproduced [Ambedkar’s Writings, Vol. 14, Part Two, pages.1317-1327] is the full text of Dr. Ambedkar’s speech on his resignation

Text of the Resignation 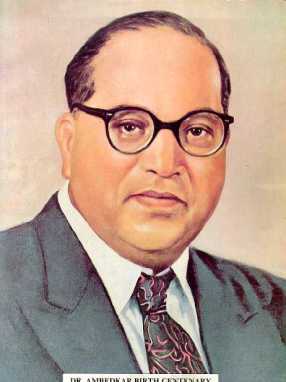 The House I am sure knows, unofficially if not officially, that I have ceased to be a member of the Cabinet. I tendered my resignation on Thursday, the 27th September to the Prime Minister and asked him to relieve me immediately. The Prime Minister was good enough to accept the same on the very next day. If I have continued to be a Minister after Friday, the 28th, it is because the Prime Minister had requested me to continue till the end of the Session — a request to which I was, in obedience to constitutional convention, bound to assent.

END_OF_DOCUMENT_TOKEN_TO_BE_REPLACED 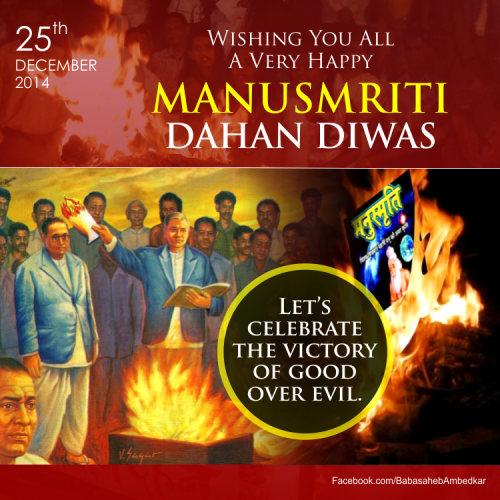 
This is a short clip from Dr. Babasaheb Ambedkar Movie.

Manusmruti is the mythological book of Hindus where rule of life has been written. Hindus used to follow the rule of Manusmruti, it was nothing but a bloody theory written by orthodox to keep Dalits away from their rights and allow hindus to exploit them. Manusmruti was a Devil thought of Hindus.

So another satyagraha was organized at Mahad later on the same year on December 25-26, 1927, thousands of Dalits publicly burnt copies of the Manusmruti, the hated ancient symbol of Brahminical caste and gender oppression. The leader of this revolutionary movement was Dr B R Ambedkar, and it was with these two movements that Dr Babasaheb Ambedkar emerged as Leader of Dalits.

The many ways in which Dr Babasaheb Ambedkar changed your life 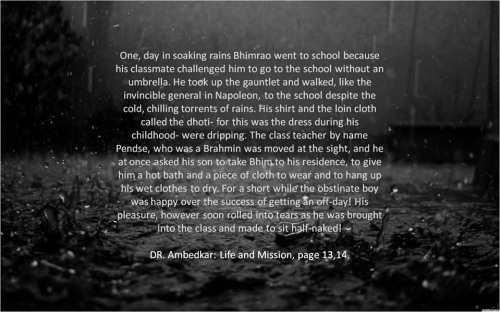 Young Bhimrao was pugnacious, resourceful and fearless. He could defy anybody and anything that dictated rules of conduct and discipline. Nobody could forbid him to do a thing without a challenge or reaction. One, day in soaking rains Bhimrao went to school because his classmate challenged him to go to the school without an umbrella. He took up the gauntlet and walked, like the invincible general in Napoleon, to the school despite the cold, chilling torrents of rains. His shirt and the loin cloth called the dhoti- for this was the dress during his childhood- were dripping. The class teacher by name Pendse, who was a Brahmin was moved at the sight, and he at once asked his son to take Bhim to his residence, to give him a hot bath and a piece of cloth to wear and to hang up his wet clothes to dry. For a short while the obstinate boy was happy over the success of getting an off-day! His pleasure, however soon rolled into tears as he was brought into the class and made to sit half-naked!

“Men are mortal. So are ideas. An idea needs propagation as much as a plant needs watering. Otherwise both will wither and die.” – Dr. Ambedkar

Why then do the caste Hindus get irritated? The reason for their anger is very simple. Your behavior with them on a par insults them. Your status is low. You are impure, you must remain at the lowest rung; then alone they will allow you to live happily. The moment you cross your level, the struggle starts. – Dr. Babasaheb Ambedkar

In case you missed previous days’ wisdom words, check these  –