Buddha and Future of His Religion – Dr. B. R. Ambedkar

Out of the many founders of Religion, there are four whose religions have not only moved the world in the past, but are still having a sway over the vast masses of people. They are Buddha, Jesus, Mahommed and Krishna. A comparison of the personalities of these four and the poses they assumed in propagating their religions reveals certain points of contrast between the Buddha on the one hand and the rest on the other, which are not without significance.

The first point which mark off Buddha from the rest is his self -abnegation. All throughout the Bible, Jesus insist that he is the Son of God and that those who wish to enter the kingdom of God will fail, if they do not recognise him as the Son of God. Mohammed went a step further. Like Jesus he also claimed that he was the messenger of God on earth. But he further insisted that he was the last messenger. On that footing he declared that those who wanted salvation must not only accept that he was a messenger of God, but also accept that he was the last messenger. Krishna went a step beyond both Jesus and Mohammed. He refused to be satisfied with merely being the Son of the God or being the messenger of God; he was not content even with being the last messenger of God. He was not even satisfied with calling himself a God. He claimed that he was ‘Parameswhar‘ or as his followers describe him  ”Devadhideva,” God of Gods. Buddha never arrogated to himself any such status. He was born as a son of man and was content to remain a common man and preached his gospel as a common man. He never claimed any supernatural origin or supernatural powers nor did he perform miracles to prove his supernatural powers.  The Buddha made a clear distinction between a Margadata and a Mokshadata. Jesus, Mahommed and Krishna claimed for themselves the Mokshadata. The Buddha was satisfied with playing the role of a Margadata. 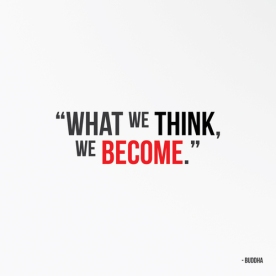 There is also another distinction between the four religious teachers.  Both Jesus and Mohammed claimed that what they taught was the word of God and as a word of God what they taught was infallible and beyond question. Krishna was according to his own assumption a God of Gods and therefore what he taught being a word God, uttered by God, they were original and final and the question of infallibility did not even arise. The Buddha claimed no such infallibility for what he taught. In the Mahaparinibbana  Sutta  He told Ananda that His religion was based on reason and experience and that his followers should not accept his teaching as correct and binding merely because they emanated from Him. Being based on reason and experience they were free to modify or even to abandon any of his teachings if it was found that at a given time and in given circumstances they do not apply. He wished, His religion not to be encumbered with the dead wood of the past. He wanted that it should remain evergreen and serviceable at all times. That is why He gave liberty to his followers to chip and chop as the necessities of the case required. No other religious teacher has shown such courage. They were afraid of permitting repair. As the liberty to repair may be used to demolish the structure they had reared Buddha had no such fear. He was sure of his foundation. He knew that even the most violent iconoclast will not be able to destroy the core of His religion.

Such is the unique position of Buddha. What about his religion? How does it compare with those founded by his rivals?