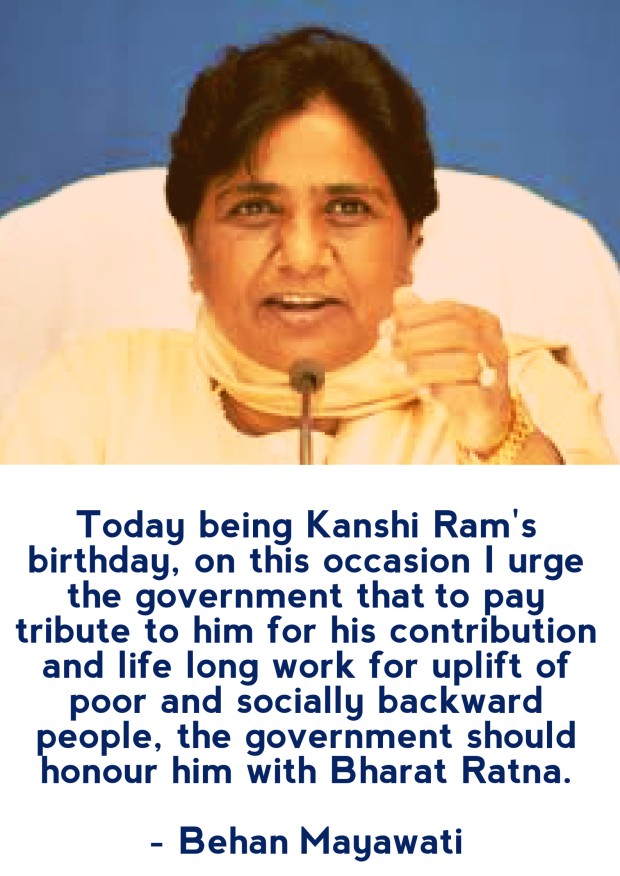 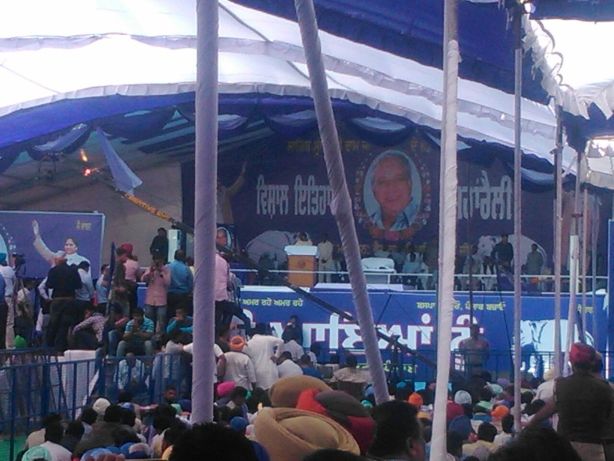 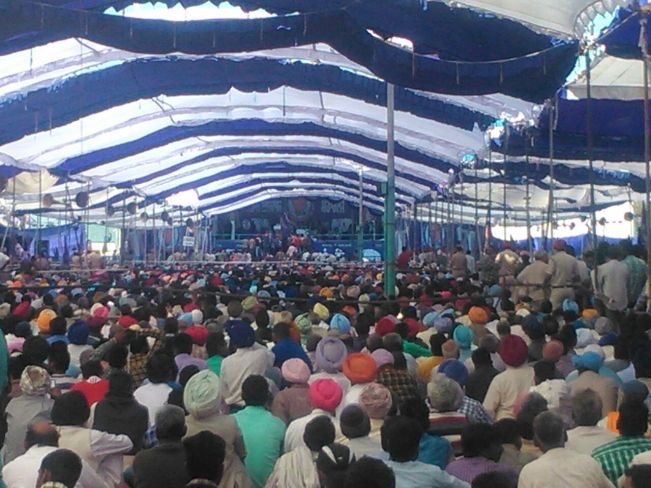 Why don’t governments give importance to Saheed Udham Singh? Is it because he was Dalit? Why does government give so much importance to Bhagat Singh and his colleagues, is it because he was Jat Sikh, who consider themselves as par with upper castes and better than other Sikhs? Rajguru was from Maharashtra and belonged with Deshastha Brahmin community. Sukhdev Thapar was Khatri Sikh again they consider themselves nothing less than kshatriyas! Saheed Udham Singh suffered so much in life but has been ignored by governments.

Udham Singh (26 December 1899 – 31 July 1940) was an Indian revolutionary and a brave hearted man best known for assassinating Michael O’Dwyer on 13 March 1940 in what has been described as an avenging of the Jallianwalla Bagh Massacre.Singh is a prominent figure of the Indian independence struggle. He is sometimes referred to as Shaheed-i-Azam Sardar Udham Singh.

On 13 March 1940, Michael O’Dwyer was scheduled to speak at a joint meeting of the East India Association and the Central Asian Society (now Royal Society for Asian Affairs) at Caxton Hall. Singh concealed his revolver in a book, entered the hall, and stood against the wall. As the meeting concluded, Singh shot O’Dwyer twice as he moved towards the speaking platform, killing him immediately.

On 1 April 1940, Singh was formally charged with the murder of Michael O’Dwyer. While awaiting trial in Brixton Prison, Singh went on a 42-day hunger strike and had to be forcibly fed.

When asked about his motivation, Singh explained:

I did it because I had a grudge against him. He deserved it. He was the real culprit. He wanted to crush the spirit of my people, so I have crushed him. For full 21 years, I have been trying to wreak vengeance. I am happy that I have done the job. I am not scared of death. I am dying for my country. I have seen my people starving in India under the British rule. I have protested against this, it was my duty. What a greater honour could be bestowed on me than death for the sake of my motherland?

Shaheed-i-Azam Sardar Udham Singh had changed his name to Ram Mohammad Singh Azad, symbolizing the equality of all faith and of the three major religions of India: Hinduism, Islam and Sikhism.

On the 24th of May, 2009, six Jat Sikhs (upper castes) men armed with daggers and guns entered the Shri Guru Ravidass Gurdwara in Vienna (Austria), and started shooting, aiming at the two visiting Sants (Sant Ramanand Ji and Sant Niranjan Dass Maharaj Ji) from Punjab, India who were giving a sermon at that time. The bloodshed by upper caste Jat Sikhs resulted in the death of Sant Ramanand Ji, who died of gun wounds, and the serious injuries to Sant Niranjan Dass Ji, the spiritual head of Dera Sachkhand Ballan, a religious centre for Dalits in the Punjab devoted to Guru Ravidass Ji.

Both Sants were on a mission to preach and spread the teaching of Shri Guru Ravidass Ji, enemies of humanity attacked and seriously injured and killed inside Shri Guru Ravidass Gurudwara in Vienna, Austria. More than 30 followers of Guru Ravidas Ji were also injured and eleven of them seriously. An email reportedly received by Radio Akash in London, purportedly from the Khalistan Zindabad Force, claimed responsibility for the attack.

A passenger train burns in Jalandhar, in the northern Indian state of Punjab as thousands of protesters take to the streets after an attack in a Sikh temple in Austria. (Source Daily Mail)

When news of the death Sant Ramanand Ji spread, the Punjab erupted in violence, a state curfew was imposed, and the army was called in to restore order.

After this unfortunate killings and attacks on Dalit leaders, Dalits in Punjab founded new religion, Ravidassia, and did get separate from Sikhism. At that time Akali Dal and SGPC did their best to please Dera Sachkhand Ballan, Jalandhar, so that Dalits don’t leave Sikhism but at the same time Akali Govt. arrested several Ravidas leaders campaigning for the new Ravidassia religion. Such a hypocrisy by so called Sikh leaders of the time. At present in Sikhism also one can see divisions as per caste system and so called Jat Sikhs think Sikhism is their personal property! Let me tell so called upper caste Jat Sikhs that Sikhism is not a property of anyone, it was founded to fight against injustice and caste discrimination but now there is no difference between Sikhs and Brahmins as both practice discrimination.

Sant Ramanand Ji is no more physically with us because of most unfortunate incidence at Vienna, Austria, but his noble thoughts shall always be with us to lead us on the right path.

Mangoo Ram was born on January 14, 1886 , in village Mugowal, Hoshiarpur district, where this father,Harman Dass, had left the traditional Chamar caste occupation of training and preparing hides and attempting to sell tanned hides commercially. Mangoo Ram’s mother, Atri, died when Mangoo Ram was three, so the father began to depend heavily on his sons – Mangoo and an older and a younger brother for assistance. Because the leather trade required some facility in English, Mangoo Ram’s father was forced to rely on literate members of upper castes to read sales orders and other instructions to him. In payment for their reading instructions for an hour, he would have to do a day of crude labour. For that reason, Mangoo Ram’s father was eager to have his son receive an early education.

When Mangoo Ram was seven, he was taught by a village Sadhu (Saint) and soon after attended a variety of schools in the Mugowal area (Tehsil Mahilpur of district Hoshiarpur). He also attended school in a village near Dehra Dun , where his older brother has settled. In most of the schools, Mangoo Ram was the only Scheduled Caste student. He sat at the back of the class, or even in a separate room, and listed through the open door. When he attended high school in Bajwara, he was forced to stay outside the building and listen to the classes through the windows. Once when he came inside during a heaving hailstorm, the Braham teacher beat him and put all the classroom furniture, which he had “polluted” by his presence, outside in the rain to be literally and ritually washed clean. Nonetheless, Mangoo Ram was a good student: he placed third in his class in primary school. But whereas the other good students were encouraged to become patwaris (village record-keeper) or to seek higher education, Mango Ram was encouraged to leave school and help his father at a more proper “Chamar task”. In 1905, he did quit school; he married, and for three years helped his father develop their leather trade into a thriving business. 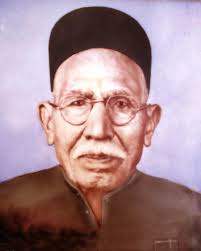 In 1909 America as in the air. Scores of upper caste farmers from Mangoo Ram’s area of Hoshiarpur had gone to the United States , and those who had not gone were talking about it. Mangoo Ram decided to go also. He persuaded his father that it would be good for the business – he would send money back from America – and his father responded by giving him some savings from the family business. Amid assurances from some of the local Zamindars (“landowners”) and two Chamar friends set off for the new world.2