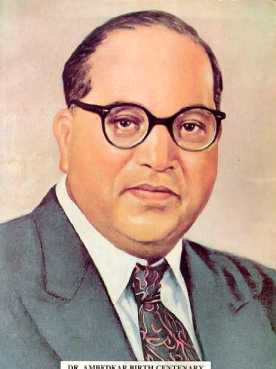 On 27 November DailyO.in, a web edition of the India Today, published an article by one S.N. Balgangadhara, who is a professor in Ghent University in Belgium titled as “Which intolerance is growing in India?.” It was a response to the indignation spreading against him for his abusive references to Dr Ambedkar while speaking in an international conference at the English and Foreign Languages University (EFLU), Hyderabad. Instead of being apologetic, he justified his contempt for Ambedkar and repeated his ridicule saying that “he outshines the genius of Alia Bhatt.” Pedestrian insults and invectives as such are not new for Ambedkar but never before anyone in any public intellectual forum had used such a foul language for him. While the right wing ruling establishment is mouthing limitless love and displaying inexhaustible devotion to Ambedkar, it is interesting to hear someone known to be engaged with theorizing greatness of Hindu culture and tradition showering abuses on Ambedkar with impunity.

Balgangadhara may never admit association with the Sangh Pariwar as many of his ilk do but he has repeatedly admitted being a Brahman, and that too with worthless pride. Before that Arun Shouri– let it be said in his favour that he was not as idiotic as Gangadhara — in his Worshipping False God had marshaled his pedestrian facts with an aura of discovery to argue that Ambedkar was not a maker of the constitution of India. He and many of his detractors among Dalits did not realize that their belabouring the point was completely off the mark as Ambedkar himself had disowned the constitution and exposed the Brahmanic conspiracy to use him as a hack. He had also said that he did not have any association with the Sangh Pariwar but the fact remained that he was a chosen one to head the most happening ministry to be, the ministry of disinvestment, in the first ever BJP’s cabinet under Atal Behari Bajpeyi. Balgangadhara too would claim no connection with the Sangh Pariwar but the language he speaks in and arguments he proffers inadvertently reveal the truth that he belonged to the same tribe that masked its Hindutva with a secular veneer. In the euphoric excesses the BJP establishment has been committing in eulogy to Ambedkar, this episode uncovered the deep rooted hatred for Ambedkar in the Brahmanic camp.

END_OF_DOCUMENT_TOKEN_TO_BE_REPLACED

What Brahmin Merit? In Punjab, with 98.92% marks, a Dalit girl secured 2nd position in class 10th!

Few weeks back, I wrote on What Merit? In Punjab, Class 12th, Dalit Girl got 7th position and a Muslim Girl became topper. Now, here is another on the same lines, Punjab School Education Board announced results for class 10th few days back. This time also, a Dalit girl named Nancy Bhadiyar, a student of Government Senior Secondary School, Ghagwal, Hoshiarpur, secured second position with 98.92 per cent marks. It is a remarkable achievement and I congratulate her on her success. 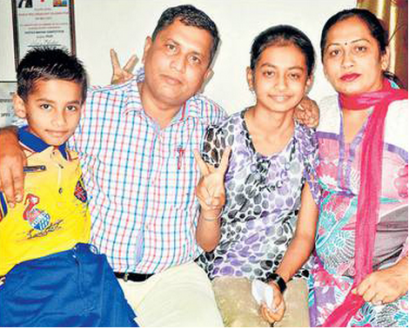 When toppers are from Dalit-Bahujan communities, what merit so called Brahmins and upper castes talk about all the time? Few years back, V. T. Rajshekar had said,

“all ruling classes built” a theory by suited to their needs and try to give a ‘scientific’ backing to it. Merit and efficiency is a pure Aryan invention, aimed at maintaining their monopoly”.

Check also – How Brahmins are enjoying reservation since ages – The History of Reservation in India.

The History of Reservation in India

Caste Based Reservation in India started in 2nd Century BC. In Manusmriti – the law book of Brahmins all the laws were based on Caste and no Merit was ever considered. It divided people into High and Low Castes on the basis of their birth and not on the basis of Merit. Wealth, Political power, Spiritual leadership, Education, Ownership of Land, Trade and all lucrative aspects were reserved purely to the higher castes.

The History of Reservation