It’s a high time when all of us stay updated with all the news which the mainstream media doesn’t disclose. We as an awareness creating platform & alternative Media are about to set a campaign to spread awareness among large masses regarding the protests which are going to be held at Delhi Jantar Mantar from 25th April 2015 to 27th April 2015. These protests are to free the Mahabodhi Maha vihara which is the most important Buddhist pilgrimage center with 2,500 years of history, from the Hindu authorities. Lord Buddha TV has launched its biggest protest for setting Mahabodhi Maha vihara free from the controls of Hindu authorities. Peaceful protests will be carried out at Jantar Mantar to demand the most significant Buddhist pilgrimage into the hands of Indian Buddhist authorities.

False history has been propagated by the Hindu authorities to the masses and the tourists out of one being the theory of The Buddha being the reincarnation of Vishnu. These protests had been carried out for years but has not resulted into justice to the Indian Buddhists. We request you to stay updated with Lord Buddha TV and participate in the protests.

All you need is to share this news as much as you can on facebook, twitter and other social networking sites. Your shares can make a difference. 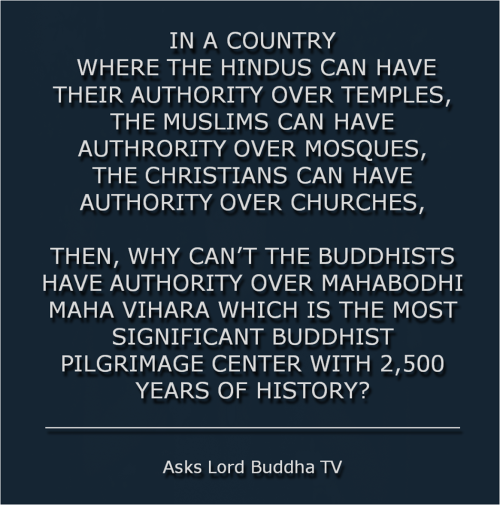 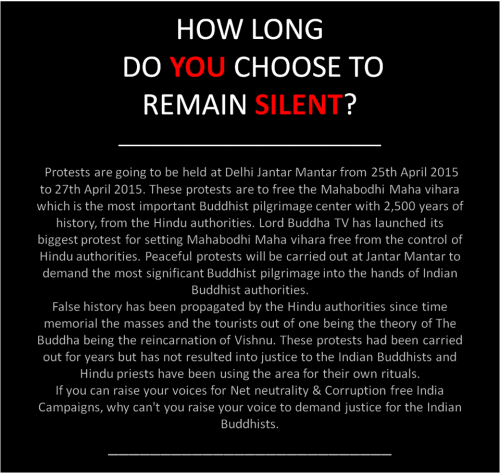 Seven Wonders of the Buddhist World

Watch an incredible documentary on the “Seven Wonders of the Buddhist World“. In this video you will travel around the world visiting important Buddhist places. You will see –

Watch many more videos at http://www.youtube.com/dalitjade