Daily Words of the Buddha

Dalit family of 3 brutally murdered in Ahmednagar district of Maharashtra

BSP President Mayawati on Friday charged the BJP government at the Centre and Samajwadi Party government in Uttar Pradesh of failing to provide a peaceful atmosphere to the people.
“At the national stage, the BJP government and in the state, the Samajwadi Party government have totally failed to provide a peaceful, harmonious and just atmosphere to the people,” Mayawati was quoted as saying at a BSP meet in a release here.
“There appears to be a competition going on between Prime Minister Narendra Modi at the Centre and SP government in the state as to who can mislead the people by making tall claims.
“Both governments led by BJP and SP appear to be completely passive and lax about the welfare of crores of dalits, backwards, minorities especially Muslims and poor among the upper castes which is not in national interest,” she said. 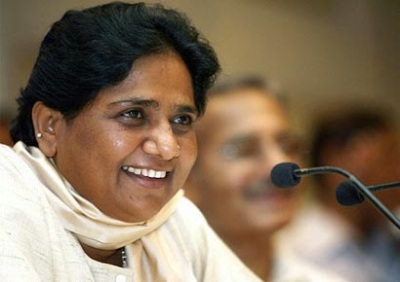 Mayawati who was addressing a meeting of senior party leaders and office bearers of Uttar Pradesh andUttarakhand units, which had been overhauled recently, said that now the main opposition parties as well as the common people are agreeing to what the BSP had been saying about prevailing “jungle raj” and dismal law and order under the SP government.
“The constitutional traditions and law are being flouted …Crime control and law and order is very bad, officials are locking horns with each other, corruption is rampant and common people are being harassed,” she said, adding that power crisis has made things more difficult for the people.
Reiterating her party’s demand, Mayawati said that Governor Ram Naik has himself aired his views on the bad state of affairs in the state several times but this is not the real remedy of the problems.
“Therefore, the BSP makes a renewed demand from the Governor to make the Centre aware of the ground situation in the state in writing, recommending President’s rule to fulfil his constitutional duty,” she said, adding that otherwise BJP would be equally responsible alongwith the SP in the eyes of the suffering people.
Mayawati who also issued directives to the leaders of both the states for increasing party’s support base among the sarv samaj and organisational matters, said that the situation in Uttarakhand with regard to law and order and development under the Congress government also does not appear to be any better.

“A 100-foot long pillar has been installed inside the park. It has apparently been designed as a symbol of national integrity. Apart from statues of Mayawati and Ambedkar, those of Kabeer Das from UP, Birsa Munda from Jharkhand, Guru Ghasidas from Chattisgarh, Jyotiba Phule from Maharashtra and Narayan Guru from Kerala too have been installed. “

On eve of 75th Birth anniversary of Bahujan Nayak Manyawar Kanshiram Sahab, my best wishes to you all.

One who dedicated his entire life to organize the downtrodden, exploited and backward sections of society so as to enable them to stand on their own feet, A grateful Indian nation remembers
Bahujan Nayak Manyawar Kanshiram Sahab on occasion of his 75th Birth Anniversary on 15Th March, 2009.

Kanshi Ram: from BAMCEF to the Bahujan Samaj Party
http://www.ambedkar.org/books/tu5.htm

Love her or hate her, you can’t ignore politician Mayawati. The CM of Uttar Pradesh started life off in humble surroundings, the daughter of a Dalit telecommunications clerk in Delhi. Securing bachelor’s degrees in Law and Education, she became a teacher before joining the Bahunjan Samaj Party in 1984 and switching to fulltime politics. The BSP, which sought to represent the Dalits, has become a political force to be reckoned with in the last few years and many are of the opinion that she will be the nation’s next prime minister. Today, Mayawati is the highest income tax-paying politician in India, shelling out Rs 26 crore per year and is closing in on Sonia Gandhi onForbes’ list of the Top 100 Most Powerful Women — she weighed in at number 59 as of 2008.
Life lesson from Mayawati:
Turn your perceived weaknesses into strengths; the lower down you start, the higher you’ll climb.