” I will never get married,

I will never acquire any property,

I will never visit my home,

I will devote and dedicate the rest

of my life to achieve the goals

These pledges remind the work of Manywar Kanshiram Sahib who is remembered in the history of India as a True leader of Bahujan Samaj. The journey of Kanshi Ram and his movement of socio-cultural revolution and economic emancipation of Bahujan Samaj started way back in 1964. Kanshi Ram, the eldest son of Mr. Hari Singh, resident of Khawaspur village of Punjab’s Roper district, was born on 15th March, 1934, in a Sikh family belonging to the Ramdasia Community. After qualifying the examination conducted by the Defense Science and Research Development Organization, he moved to Pune in Maharashtra and joined the Explosive Research and Development Laboratory at Kirkee, where he was exposed to the bad breath of Hindu social order i.e. atrocious caste system. In the ordinance factory, where Kanshi Ram was working, the management cancelled the holidays of Dr. Babasaheb Ambedkar Jayanti and Buddha Jayanti and instead granted Tilak Jayanti holiday and an additional holiday during Diwali festival. As a reaction to this, not the Ambedkarites from Maharashtra but a Scheduled Caste Mr. Dina Bhana, from Rajasthan, protested against the cancellation of these two holidays. Dina Bhana’s protest resulted in his suspension. By this atrocious act, agitated Kanshi Ram fought the legal battle for Dina Bhana.

As a result, not only was Dina Bhana reinstated but the holidays were also restored. The unjust and casteist act on the part of management resulted in a new awakening in Kanshi Ram, as he did not properly realize the casteist divisions in his youth in Punjab. Thereafter Kanshi Ram studied the literature of Dr. Babasaheb Ambedkar, the biggest destroyer of Brahmanism after Buddha, Jotiba Phule and Periyar. Dr. Ambedkar’s Monumental work, “Annihilation of Castes” influenced Kanshi Ram tremendously. In one night he read the book three times which created not only an impact on Kanshi Ram, but shaped his thinking and future course of actions. Beside Dr. Ambedkar’s writings, Mr. Kanshi Ram found the path of further movement in Dr. Ambedkar’s plan for political action. On 24th September 1944, at Madras, with an absolute clarity Dr. Babasaheb declared the political goal of his struggle. Addressing the large followers he said, “Understand our ultimate goal. Our ultimate goal is to become the rulers of this country. Write this goal on the walls of your houses so that you will not forget. Our struggle is not for the few jobs and concessions but we have a larger goal to achieve. That goal is to become the rulers of the land.”   Accordingly the agenda of political power was pursued constantly by Dr. Babasaheb in his further programmes. On 4thOctober, 1945, in the Working Committee meeting of All India Scheduled Castes Federation again he elaborately stressed on the political power and said, “Politics should be the life-blood of the Scheduled Castes.” Since politics of Congress party, the mouthpiece of the dominant castes was detrimental to the very existence and interests of backward class people, Babasaheb tried to form a broad – base movement of all the victims of Brahmanism.

END_OF_DOCUMENT_TOKEN_TO_BE_REPLACED

About the Bahujan Samaj Party (BSP)

Bahujan Samaj Party (BSP) or Majority People’s Party is one of the only five prominent national political parties of India, which is the largest democracy in the world.
Brief Introduction :

The ideology of the Bahujan Samaj Party (BSP) is “Social Transformation and Economic Emancipation” of the “Bahujan Samaj “, which comprises of the Scheduled Castes (SCs), the Scheduled Tribes (STs), the Other Backward Classes (OBCs) and Religious Minorities such as Sikhs, Muslims, Christians, Parsis and Buddhists and account for over 85 percent of the country’s total population.
The people belonging to all these classes have been the victims of the “Manuwadi” system in the country for thousands of years, under which they have been vanquished, trampled upon and forced to languish in all spheres of life. In other words, these people were deprived even of all those human rights, which had been secured for the upper caste Hindus under the age-old “Manuwadi Social System“.
Among the great persons (Mahapurush) belonging to “Bahujan Samaj”, who fought courageously and with commitment against the brutal and oppressive Manuwadi system, for providing a level playing field to the downtrodden to help move forward in their lives with “self-respect” and at par with the upper castes Hindus, especially Baba Saheb Dr. Bhimrao Ambedkar’s socio-political campaign later proved to be very effective in this direction.
Though the contributions of leaders of the downtrodden communities like Mahatma Jyotiba Phule, Chhatrapati Shahuji Maharaj, Narayana Guru and Periyar E. V. Ramaswami have been immense in the fight against the obnoxious Manuwadi system, but the struggle of Baba Saheb Dr. Bhimrao Ambedkar, who was born in Scheduled Caste community, and that of Manyawar Kanshi Ram Ji later proved to be greatly effective and pregnant with far-reaching consequences.

END_OF_DOCUMENT_TOKEN_TO_BE_REPLACED

What Does This Slogan Really Mean?

“Elephant”, the election symbol of BSP

……There is an inherent great meaning in the election symbol of BSP. The “Elephant”. This election symbol of BSP represents the large and giant population of the”Bahujan Samaj” like the elephant. And the “Blue Flag” of the party represents the soothing blue sky. It shows that then sky does not discriminate anybody on the basis of caste, creed, rich, poor and treat people with full equality. It also signifies peace and tranquillity, which is certainly not available to mankind on this earth planet. That’s why the BSP wants to create an atmosphere of justice and peace here and now on this earth, like the sky. The BSP thereby means that it wants to see a just, humanistic and equality-based social and economic order, which would serve the interest of all the sections of the Society. Considering all these, the BSP had chosen “Elephant” as its election symbol and “Blue” colour as its flag. 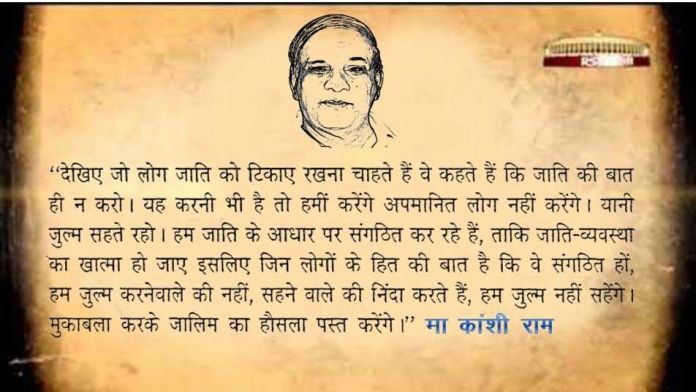 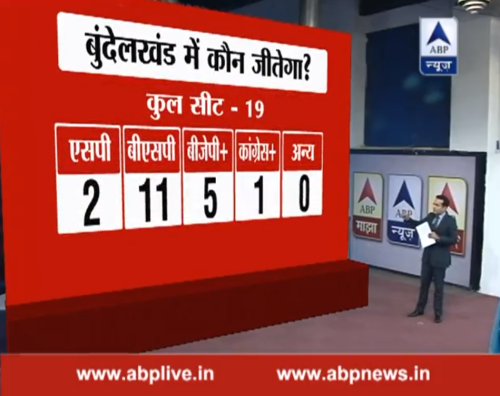 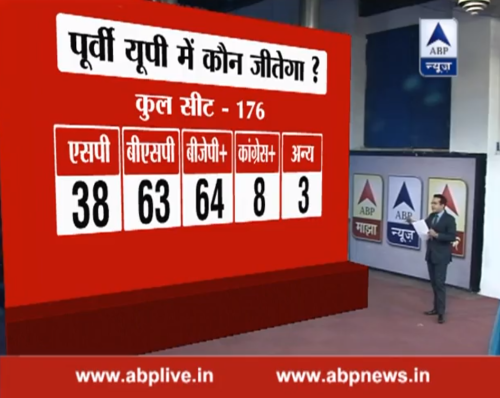 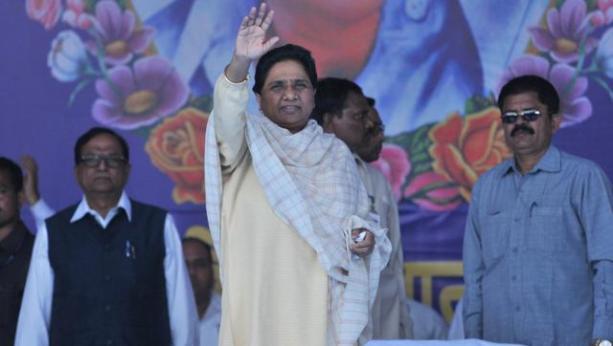 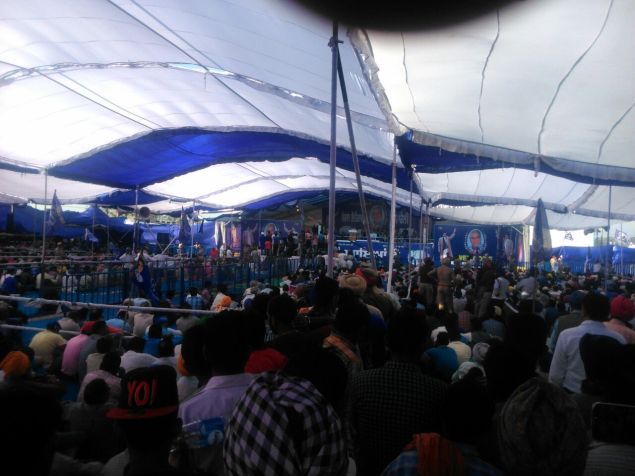