Dr. Ambedkar’s Bahishkrit Bharat newspaper (15 March 1929) exhorts people to convert to Islam if they are willing to change their religion. It is only after the in depth studies of various religions vis-à-vis his goals that he decided on Buddha’s Dhamma. It is purely mischievous to say that Dr. Ambedkar was against Muslims.

Sanghis are lying as usual. Dr. Ambedkar wasn’t anti-Muslim. How can a democratic person hate anyone? 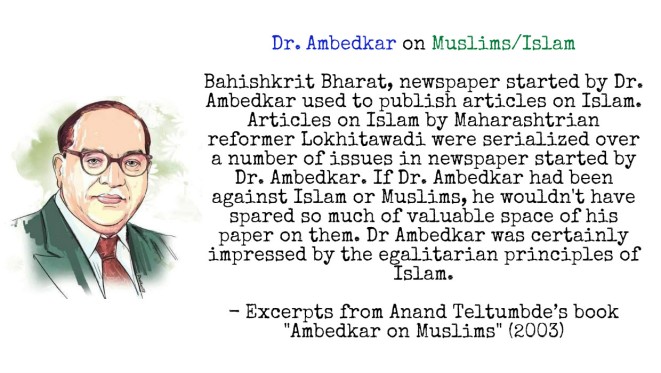 One response to “Dr. Ambedkar on Muslims/Islam, he wasn’t anti-Muslim”