SAFEGUARDS IN THE INDIAN CONSTITUTION FOR SCHEDULED CASTES

The important Constitutional safeguards for SCs & STs are mentioned below:

Article 46 is a comprehensive article comprising both the developmental and regulatory aspects. It reads as follows:

“The State shall promote with special care the educational and economic interests of the weaker sections, of the people, and in particular, of the Scheduled Castes and the Scheduled Tribes, and shall protect them from social injustice and all forms of exploitation”.

Article 17. “Untouchability” is abolished and its practice in any form is forbidden. The enforcement of any disability arising out of “Untouchability” shall be an offence punishable in accordance with law. 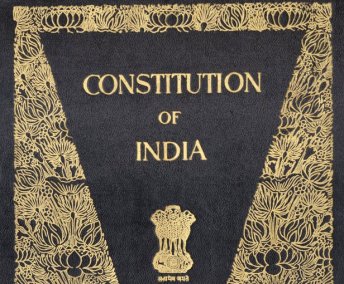 To give effect to this Article, Parliament made an enactment viz., Untouchability (Offences) Act, 1955. To make the provisions of this Act more stringent, the Act was amended in 1976 and was also renamed as the Protection of Civil Rights Act, 1955. As provided under the Act, Government of India also notified the Rules, viz., the PCR Rules, 1977, to carry out the provisions of this Act. As cases of atrocities on SCs/STs were not covered under the provisions of PCR Act, 1955, Parliament passed another important Act in 1989 for taking measures to prevent the atrocities. This act known as the Scheduled Castes and the Scheduled Tribes (Prevention of Atrocities) Act, 1989, became effective from 30.1.1990. For carrying out the provisions of this Act the Govt. of India have notified the SCs and the STs (Prevention of Atrocities) Rules, 1995 on 31.3.1995.

Article 23. Prohibits traffic in human beings and begar and other similar forms of forced labour and provides that any contravention of this provision shall be an offence punishable in accordance with law. It does not specifically mention SCs & STs but since the majority of bonded labour belong to SCs/STs this Article has a special significance for SCs and STs. In pursuance of this article, Parliament has enacted the Bonded Labour System (Abolition) Act, 1976. For effective implementation of this Act, the Ministry of Labour is running a Centrally Sponsored Scheme for identification, liberation and rehabilitation of bonded labour.

Article 24 provides that no child below the age of 14 years shall be employed to work in any factory or mine or engaged in any other hazardous employment. There are Central and State laws to prevent child labour. This article too is significant for SCs and STs as a substantial portion, if not the majority, of child labour engaged in hazardous employment belong to SCs and STs.

Article 25(2)(b) provides that Hindu religious institutions of a public character shall be thrown open to all classes and sections of Hindus. This provision is relevant as some sects of Hindus used to claim that only members of the concerned sects had a right to enter their temples. This was only a subterfuge to prevent entry of SC persons in such temples. For the purpose of this provision the term Hindu includes Sikh, Jaina and Budhist.

Article 15(4) empowers the State to make any special provision for the advancement of any socially and educationally backward classes of citizens or for SC and ST. This provision has enabled the State to reserve seats for SCs and STs in educational institutions including technical, engineering and medical colleges and in Scientific & Specialised Courses. In this as well as in Article 16(4)the term ‘backward classes’ is used as a generic term and comprises various categories of backward classes, viz., Scheduled Castes, Scheduled Tribes, Other Backward Classes, Denotified Communities (Vimukta Jatiyan) and Nomadic/Seminomadic communities.

Article 330 provides for reservation of seats for SCs/STs in the Lok Sabha.

Article 332 provides for reservation of seats for SCs/STs in the State Vidhan Sabhas (Legislative Assemblies).

Article 16(4) empowers the State to make “any provision for the reservation in appointments or posts in favour of any backward class of citizens which, in the opinion of the State, is not adequately represented in the services under the State”.

Article 335. “The claims of the members of the Scheduled Castes and the Scheduled Tribes shall be taken into consideration, consistently with the maintenance of efficiency of administration, in the making of appointments to services and posts in connection with the affairs of the Union or of a State”.

Article 320(4) provides that nothing in clause (3) shall require a Public Service Commission to be consulted as respects the manner in which any provision under Article 16(4) & 16(4)A may be made or the manner in which effect may be given to the provisions of Article 335.

There are a number of laws, both Central and State, which provide for safeguards to SCs/STs. Some of these emanate from the various Constitutional provisions. An illustrative list of such laws is given below: