04 Feb 1889: Phules’ adopted son, Dr.Yashwant was married to Radha the daughter of Sasane.

The Satyashodhak Samaj (The Truth-Seekerís Society) was established on 24 September 1873, and Savitribai was an extremely dedicated and passionate activist of the Samaj. The Samaj undertook the programme of arranging marriages without a priest, without dowry and at minimum costs. The first such marriage was arranged on 25 December 1873. Later, this movement spread across the newly emerging nation. The first report of the Samaj proudly notes that Savitribai was the inspiration behind this revolutionary initiative of a constructive revolt to reject 21 centuries old religious traditions. The marriage of Radha, daughter of Savitribaiís friend Bajubai Gyanoba Nimbankar and activist Sitram Jabaji Aalhat was the first‘Satyashodhaki’ marriage. Savitribai herself bore all the expenses on this historic occasion. This method of marriage, similar to a registered marriage, is still prevalent in many parts of India. These marriages were opposed by priests and ‘bhatjis’ (Brahmans) all over the country and they also went to court on this matter. Savitribai and Jotirao had to face severe difficulties but that did not deter them from their path. On 4 February 1889, at the age of 16, they also got their adopted son married in this manner. This was the first inter-caste marriage in modern India. The Satyashodhak marriage required the bridegroom to take an oath of giving education and equal rights to women. The ‘mangalashtake’ (the Mantras chanted at the time of the wedding) were to be sung by the bride and the bridegroom themselves, and these were in the form of pledges made by the bride and the groom to each other. Yeshwant was married to Radha (this is another Radha) alias Laxmi, daughter of Satyashodhak Samaj leader Gyanoba Krishnaji Sasane in this manner. To ensure that they got better acquainted with each other and with each other’s likes and dislikes, Savitribai had made Radha stay in the Phule household even before the marriage took place. She also made provisions for Radha’s education. 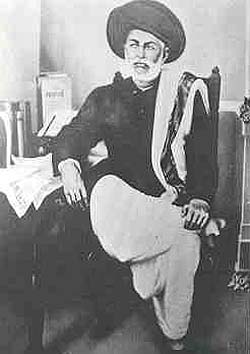