#JusticeForRohith – From London to Michigan, San Francisco to Boston to Johannesburg – Protests all over the world

After many protests in India now the demand of #JusticeForRohith has gone global and many organisations and Dalit-Bahujan communities all over the world are demanding justice and punishment for the guilty. From San Francisco to Boston to Johannesburg and many other cities not only Dalits but local communities have come forward in the support of Dalit students. Babasaheb Ambedkar’s followers didn’t care about cold and rain and came forward to demand justice for Rohith.

Yesterday, Rohith Vemula’s mother had also said that my son will not return but his soul will rest in peace if he gets justice.

Roma community leaders, well wishers of Dalit community, from Hungary also expressed their concerns for the safety of minority communities in India and demanded justice for the Dalit students.

On Rohith’s murder, Ambedkar International Center (AIC), USA, representative said, “It is sad day in our movement. Our potential talent and leaders are being targeted by high caste in India. It has to stop. We need to find a solution to these problems of our society. Nobody will work on these problems which hurts us since we take birth to our death except our community members. Hence each of us who want to do something for our society is most important to us in this world. AIC is taking this challenge and work to make some mark in our movement. We all in AIC are trying to mobilize our people in America to make a significant force so that we can deal with these kind of situation with iron hand.”

Here are a few photos of protests outside India. (If you have any photo of protest from another location, please send, with brief description, those photos to contact@drambedkarbooks.com and will update here.) 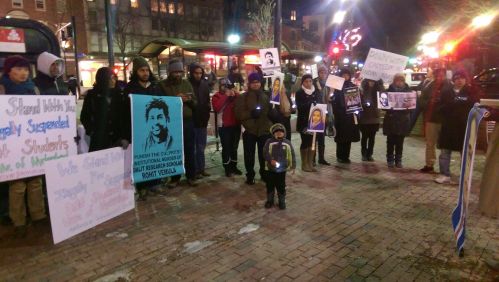 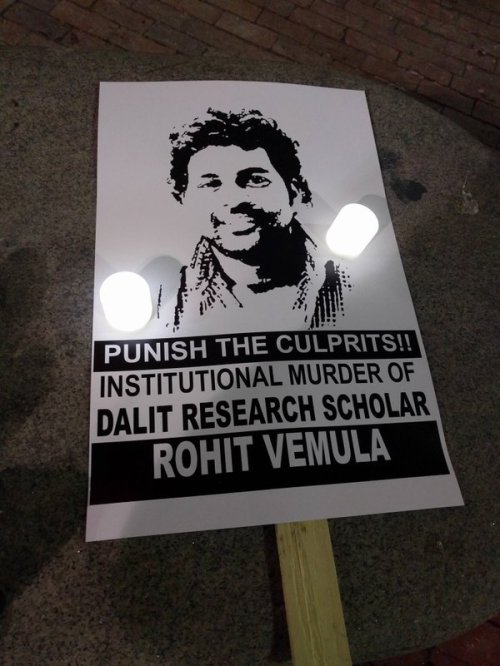 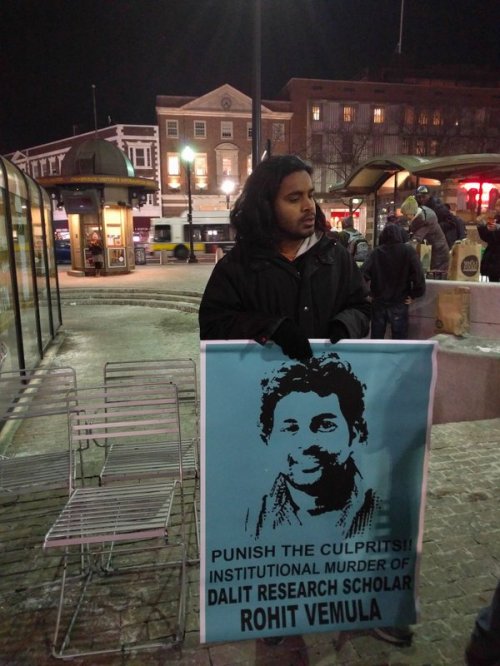 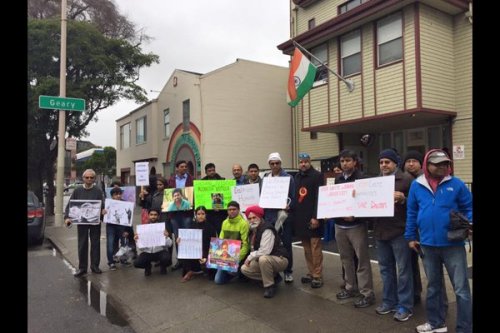 Students from University of Johannesburg, South Africa expressing their solidarity with Rohith and Dalit cause. 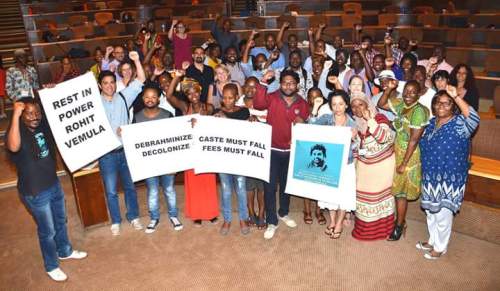 3 responses to “#JusticeForRohith – From London to Michigan, San Francisco to Boston to Johannesburg – Protests all over the world”