What BSP and Kanshi Ram have done to the Untouchables

– By Abhay Madhukar Dongre
Born on March 15, 1934 in a humble Raidasi Sikh (dalit) family in Khawaspur village of Ropar district in Punjab , Kanshi Ram earned his B Sc degree and joined the Explosive Research and Development Laboratory at Kirkee near Pune. He protested on the Job because the Management refused to grant “Holiday” on Ambedkar Jayanti. His contention was when there is a declared holiday on each and every small festival, Gandhi Jayanti, Tilak’s Birthday etc etc why not on the birth anniversary of the chief architect of the Indian Constitution.  He took a vow on that day that “Jab tak main is desh se chutti dene walon ki chuttin nahi  kar deta, main chain se nahin baithunga”. He never rested afterwards.
Check also – Few rare pictures of Behan Mayawati and Sahib Kanshi Ram Ji
He worked initially with the RPI but was disillusioned by its working. He founded ‘BAMCEF’, the All India Backwards and Minority communities Employees Federation on dec-06, 1973 , with the aim of organizing the backward and minority government employees for he knew that a mere small percentage of scheduled castes cannot make the difference. He also knew that any movement needs resources like time, money and brain and the government employees could provide it all. He organized them with an appeal to “pay back to the society” and many plunged into the movement with missionary zeal which spread throughout the country within short period of time. Incidentally many among them were Maharashtrian Ambedkarites from areas nearby Nagpur who supported KanshiRam right from the beginning of his Movement.
Check Wallpapers from here – 15th March in Dalit History – Saheb Kanshi Ram Ji’s Birth Anniversary
The creative genius of KanshiRam can be seen by the names he coined to the various organizations like ‘BAMCEF’, DS-4( Dalit Shoshit Samaj Sangharsh Samiti) or the catchy slogans like ” Jiski Jitni Sankhya Bhari Uski utni Bahagidari”. His idea of Bahujan, a effective and well thought strategy to organize around 6000 castes in India dominated by the evil effects of Brahminism since thousands of years can be attributed as one of the most Pioneering and Novel idea of the millennium.
Check also – Documentary on Saheb Kanshi Ram Ji 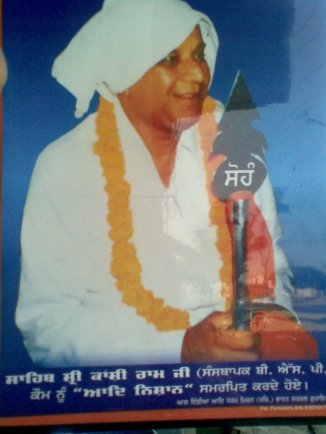