Know how much our forefathers suffered because of caste system

Under the rule of the Marathas and the Peshwas the Untouchables might not spit on the ground lest a Hindu should be polluted by touching it with his foot, but had to hang an earthen pot round his neck to hold his spittle. He was made to drag a thorny branch of a tree with him to brush out his footsteps and when a Brahman came by, had to lie at a distance on his face lest his shadow might fall on the Brahman. 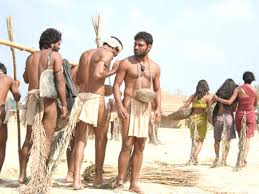 In Maharashtra an Untouchable was required to wear a black thread either in his neck or on his wrist for the purpose of ready identification.

In Gujarat the Untouchables were compelled to wear a horn as their distinguishing mark.

In the Punjab a sweeper was required while walking through streets in towns to carry a broom in his hand or under his armpit as a mark of his being a scavenger.

In Bombay the Untouchables were not permitted to wear clean or untorn clothes. In fact the shopkeepers took the precaution to see that before cloth was sold to the Untouchable it was torn & soiled.

In Malabar the Untouchables were not permitted to carry umbrellas, to wear shoes or golden ornaments, to milk cows or even to use the ordinary language of the country.

From – Manu and the Shudras by Dr. Ambedkar