In the Shanker Bigha massacre in Jehanabad (Bihar), 23 Dalits were killed by suspected Ranvir Senas. An FIR was lodged at Mehandia police station. There are 24 accused and 76 witnesses.The massacre took place 16 years ago when around 100 armed Ranvir Sena activists raided a dalit hamlet at Shankar Bigha village in central Bihar’s Jehanabad district on the night of January 25 — on the eve of Republic Day — and gunned down at least 23 villagers in cold blood while they were asleep in their mud-built houses and huts. The marauders had also set afire their houses before fleeing the scene. Of the dead, five were women and seven children — the youngest being six months old. 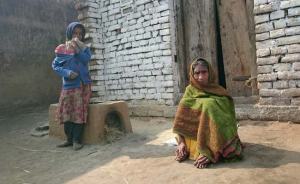 On 14th January, 2015 a district court in Bihar’s Jehanabad acquitted all 24 men accused of being involved in the massacred because of the lack of evidence, including the fact that all of the witnesses turned hostile in court. . It is shameful that in 16 years courts, police, and administration couldn’t find WHO KILLED THOSE INNOCENT DALITS! We need proper inquiry into the case and culprits to be punished as soon as possible.