Dr. Ambedkar had flown to Rajkot, as a state guest, to study the problems of the Scheulded Castes. He interviewed His Highness Thakore Saheb Dharmendrasinhji Lakhajiraj, the ruler of Rajkot.[1]

18 January 1943: Dr. Ambedkar delivered the lecture on “Ranade, Gandhi and Jinnah” on the occasion of 101st birthday celebration of Ranade in Gokhale Memorial Hall, Pune.

Some highlights of the lecture:

“Entrenched behind the plaudits of the Press, the spirit of domination exhibited by these two Great Men (Gandhi and Jinnah) has transgressed all limits. By their domination they have demoralised their followers and demoralized politics. By their domination they have made half their followers fools and the other half hypocrites. In establishing their supremacy they have taken the aid of “big business” and money magnates. For the first time in our country, money is taking the field as an organised power…… Politics in the hands of these two Great Men have become a competition in extravaganza. If Mr. Gandhi is known as Mahatma, Mr. Jinnah must be known as Qaid-i-Azim. If Gandhi has the Congress, Mr. Jinnah must have the Muslim League…. The session of the Congress must be followed by a session of the League….  If the Congress passes a Resolution of 17,000 words, the Muslim League’s Resolution must exceed it by at least a thousand words…. Jinnah insists that Gandhi should admit that he is a Hindu. Gandhi insists that Jinnah should admit that he is one of the leaders of the Muslims…. Neither will consider a solution of the problems which is not eternal. Between them Indian politics has become “frozen,” to use a well-known Banking phrase, and no political action is possible.”

Do visit http://www.columbia.edu/itc/mealac/pritchett/00ambedkar/txt_ambedkar_ranade.html for the full lecture. 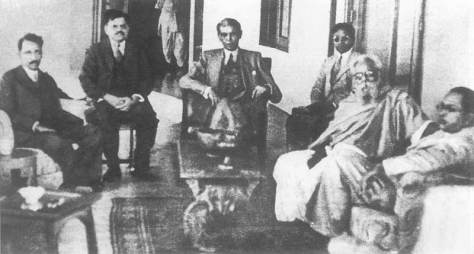 18 January 1948: Economic losses for mills due to strike by dalit mill workers[2].

The strike by dalit milll workers in Ahmedabad (Gujarat) from 15 January 1948 in support of the Kalupur Swaminarayan Temple Entry Agitation led to economic losses for the mills, estimated at Rs. 5 lakhs on 18 January 1948.

The Kalaram Temple Agiation that took place in March 1930 under the able leadership Dr. Ambedkar had inspired the Temple Entry Agitation in Gujarat. The Act passed in the Bombay Legislative Assembly on 11 September 1947, granted entry of dalits in temples. The board at the Kalupur Swaminarayan Temple gates till 1938 said ‘Only for savarna Hindus’. With the commencement of the satyagrahas, the old board was removed and a new board in its place read: ‘Entry to this temple is open for devotees of the Swaminarayan sect alone’. Five hundred dalit satyagraphis collected at the gate of the Kalupur Swaminarayan Temple on 14 January 1948 as part of the program of the Harijan Temple Entry Management Committee only to have the massive gates shut in their face and locked. The news spread like wildfire in the entire city of Ahmadabad and within no time hores of dalits came rushing to the temple. On 15 January 1948, ‘various bhajan-mandlis have arrived, Harijan women have also joined the Satyagraha. Mills have closed down forever… More than 25,000 people have collected at the Swaminarayan temple. Now even the Bhangis of Ahmedabad have decided to join the strike, but the threat of the municipal authorities to sanitary workers have compelled them to stay away from the strike.’[3] The chief priest of the temple, Yagnapurushdas, was successful in obtaining a stay order from the court. This was the frist-ever violent agitation against any place of worship in the history of Gujarat state. The religious heads of other religious sects were also shaken up. With all the dalit mill workers of the Throstle Department joining them the mills came to a standstill leading to economic losses for the mills, estimated at Rs. 5 lakhs on 18 January 1948. It was reported in Sandesh newspaper, ‘The number of people on fast has increased to 85, including 4 women.’ This was the time of biting cold and freezing wind.

[1] Raj Kumar, Ambedkar And His Writings : A Look For The New Generation, book pg 262