Though I have endeavored all along to abolish caste, as far as this country is concerned, this has meant I carry out the propaganda for the abolition of god, religion, shastras and Brahmins. For caste will disappear only when these four disappear[…] because caste has been constructed out of these four. 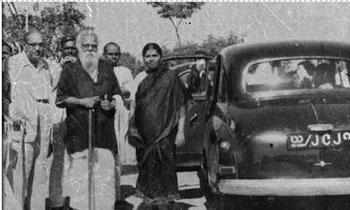 17 Jan 1998: Manyawar Kanshi Ram addressed a conference of Dalits at the Roshan Ground at Hoshiarpur, Punjab[2]

Mr. Kanshi Ram, Bahujan Samaj Party supremo said that social transformation and ecomonic emancipation of Dalits could only be possible through power. Social justice alone was not required for Dalits. They could survive only if they shared power in the country, He said the main aim of his life was social and economic reforms of Dalits. He said that he had succeeded in uniting the Dalits and that was why a Dalit lady, Ms. Mayawati, became the Chief Minister of UP the largest state in the country. He said he would now concentrate on making a person from Gujjar community a Chief Minister of Rajasthan and an Adivasi a Chief Minister of Punjab. Mr. Romesh Dogra, Congress MLA from Dasuya, Mr. NAresh Thakur, former Deputy Speaker of the Punjab Vidhan Sabha and Mr. Ram Rattan, general secretary, District Congress Committee, Hoshiarpur shared also the dias with the BSP supremo.